The future of social media 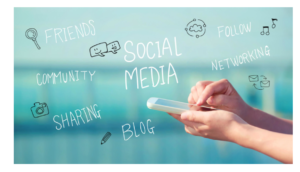 Almost 10 years ago, as a newbie on social media, the virtual world looked like an ocean of endless discoveries. Orkut, which was thriving then, was a one-stop destination if one wanted stalk, socialize and just pass some free time on the internet. This was back in 2009, when I had just joined college and was awed with the noise social media was creating in the real world. Cut to 2018, social media platforms are literally growing at an exponential rate. While Orkut has disappeared into oblivion, Facebook, Twitter and Instagram are still going full throttle despite being around for close to a decade. With this on-going power struggle between social media platforms, have you wondered what is the future of these social media giants?

With a pressure to retain the existing users by constantly introducing new features and attracting advertisers with growing numbers of user-base, the social media world is worst hit by uncertainty, more than ever before. Orkut serves as a classic example of a steady decline into oblivion. It proves for the current lot of social media networks that if they don’t keep up with the changing demands of the audience, they, too, will meet with the same fate. The users only believe in thriving on content that is easy to consume, offers a scope customize their identity and validates their existence. The choices and solutions that the internet, on the whole, offers with every new entrant is broadening, which empowers a digital consumer to an extent where he/she gets is prone to instant boredom.

Going by the current scheme of things, the path ahead for social media is anything but challenging. For every piece of information and updates that it offers, there is an increasing sense of fear that is slowly concerning the users of these networking platforms. The rise of fake news and information overload has seemingly become a cause of worry for users and regulators alike. It remains to be seen whether social media falls prey to these patterns or tackles them successfully. Unfiltered content indeed looks like a powerful recipe to drive away the audience that does not get what it wants. Combine this with the almost-sudden influx of advertisers, who have realized the potential reach of these youth-dominated networks, and you can see how it only acts like a nail in the coffin.

It is also natural to address the issue of cyber bullying, which has gained substantial prominence in the age of social media, while trying to highlight some potential factors that may impede its popularity. Although cyber bullying has been prevalent much before social media came into existence, it is not possible to overlook its current intensity, courtesy of the opportunity one gets to hide behind a veil of anonymity. Virtual hate and negativity can deeply alter the social fabric of digital society, to an extent where one would eventually feel the need to detach themselves from the identity that they have portrayed. For many, the constant battle to appeal to people, get incentivized and forge an image that may not be exactly in sync with one’s real image may be too much to take and may find their consequences in time for one to see.

Going by the current trends, the future that lies for social media is going to be anything but predictable. Somewhere between giving a voice to the masses and  Whether Facebook and its likes want remain in the reckoning in the years to come remains to be seen, but sock then thekre’s there In the meanwhile, my mother has warned me to stay off my mobile phone every time the family sits to have a meal. Her build-up frustration saw its way out after I stayed glued to my phone, stalking my crush’s ex’s Instagram account during a dinner session.